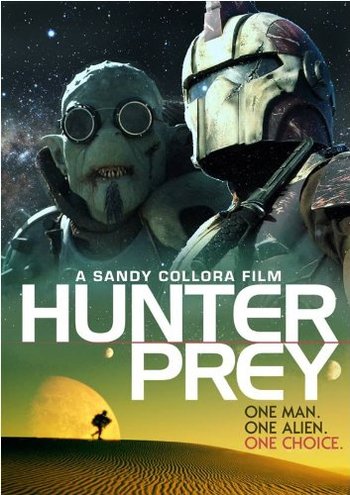 Hunter Prey is a low budget sci-fi movie made in 2010 that borrows liberally from The Chronicles of Riddick Franchise. A ship transporting a dangerous prisoner crash lands on a harsh desert planet. The survivors must overcome the elements in order to bring in their escaped prey, but who exactly is the one being hunted?

Plays many of the conventional Space Opera tropes straight, right down to the Star-Warsey music.