Film / I Eat Your Skin 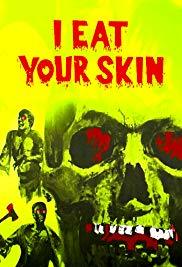 I Eat Your Skin is a 1970 American Sci-Fi Horror Jungle Opera film.

Tom Harris is an author who hasn't submitted anything in several months. To get his creative juices flowing, his agent sends him to a Caribbean island known for voodoo and beautiful women. As Tom explores the island, he discovers something far more interesting. A voodoo cult is experimenting on the natives, scheming to make them into a zombie army to Take Over the World!

It's best known for being released as a double feature with I Drink Your Blood.