Film / Return of the Living Dead 3 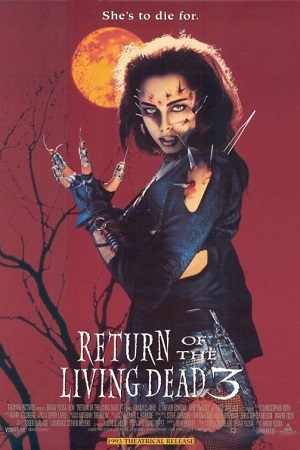 The 1993 sequel to The Return of the Living Dead, directed by Brian Yuzna.

When Curt's girlfriend Julie is killed in a motorcycle accident, he uses the zombie gas withheld by the military to re-animate Julie. She retains her sentience but feels compelled to eat brains, trying to stave off her hunger while running with Curt from their pursuers.