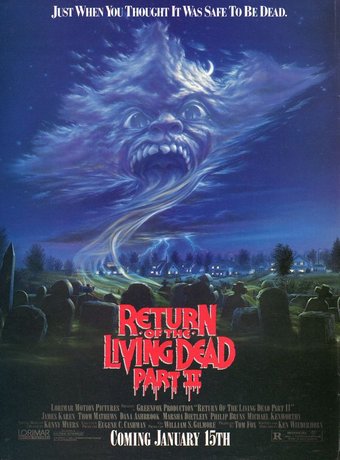 The 1988 sequel to The Return of the Living Dead.

A drum of Trioxin, the stuff from the first film that reanimates the dead, falls from back of an army truck into the town of Westvale. It is later opened by two bullies, and the stuff is soon all over the local graveyard, with comedic zombie hijinx as a result.