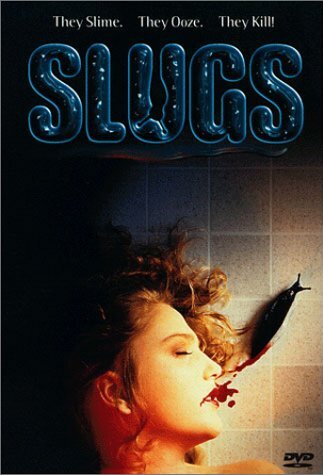 Slugs, also known as Slugs: The Movie, is a horror movie from the year 1988, which was based on a novel written by Shaun Hutson.

Set in a small town, the movie centers around slugs (Black Slugs, to be more specific) mutated by toxic waste into carnivorous killers that start eating people. Only one who can stop them is the local health inspector Mike Brady with the aid of his co-worker and his wife's friend from across the pond.

This movie leaves a slimy trail of these examples: