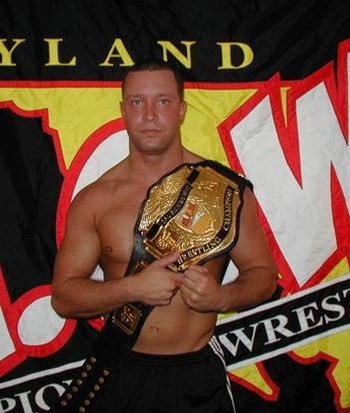 Thomas Carter (born September 18, 1974) is a retired American Professional Wrestler and trainer from Mount Holly, New Jersey who competed from the 1990s until 2010 as Reckless Youth. He was a major figure in the independent scene, competing heavily in the Mid-Atlantic area alongside Devon Storm, Ace Darling and Lance Diamond. Along with Mike Quackenbush, he was one of the founders of CHIKARA in 2002. Among his in-ring achievements, he is a 2x NWA North American Heavyweight Champion

. He retired in 2007 and presently works as an accountant.