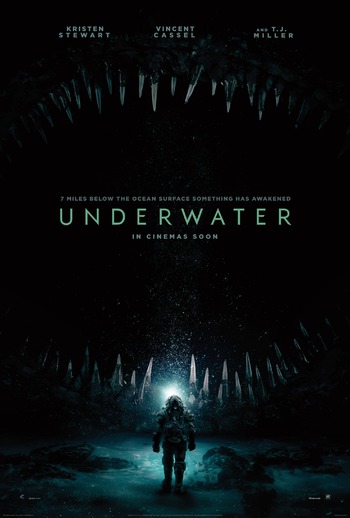 Seven miles deep below the ocean's surface, mechanical engineer Norah Price (Stewart) is stationed at a deep-sea drilling site when an earthquake strikes, trapping her and several other researchers down in the damaged facility. While attempting to reach the safety of the surface, they discover that they aren't as alone as they first imagined...

The film was the final film under the 20th Century Fox label, as Disney renamed

Fox to "20th Century Studios" to distance the subsidiary from Fox Corporation. The first film to use that label was The Call of the Wild (2020).