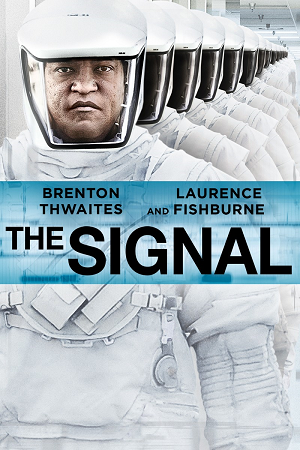 The Signal is a 2014 American science-fiction thriller film starring Brenton Thwaites and Laurence Fishburne. Jonah, Nic, and Haley are on a cross-country road trip that Jonah and Nic are using as an excuse to track NOMAD - a hacker whose recent intrusion at MIT was blamed on Jonah and Nic, almost resulting in their expulsion.

Not to be confused with the 2007 horror/scifi film.