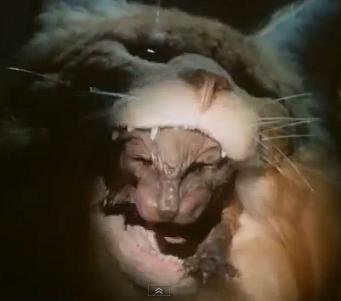 Bringing a whole new meaning to "If I fits, I sits."

Uninvited is a horror film from 1988, which stars Alex Cord and George Kennedy.

An experimental killer mutant cat, that is hiding inside a normal cat, escapes from laboratory, and ends up in yacht full of cannon fodder. And yes, it was released straight to video.

Received the RiffTrax treatment in 2017.