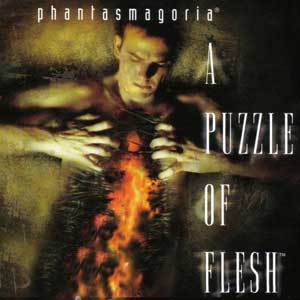 I heard that, Curtis!
"You know, Curtis, you look a lot like your mother..."
Advertisement:

It's been one year since Curtis Craig (played by Paul Morgan Stetler) was released from the asylum. He's done his best to readjust to normal life - securing a desk job at his late father's workplace, WynTech Pharmaceuticals, making friends, and even entering a relationship with his co-worker Jocilyn. Unfortunately, some scars don't heal easily, and it seems every day is a struggle against his mental illness and sexual repression.

Then one day, things change. One of Curtis's co-workers is found brutally murdered in the office, and Curtis's hallucinations start ramping up in both frequency and horror. Paranoid that WynTech is somehow behind it all, Curtis beings to investigate the company's shady dealings while desperately trying to hold onto his own sanity.