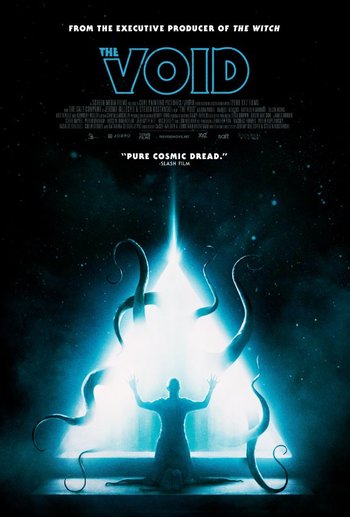 There is a hell. This is worse.

Officer Daniel Carter is sitting in his cruiser on a desolate road one night, when he finds a man covered in blood. He brings the man to a hospital, where one of the nurses murders a patient and mutilates herself. Shortly after, he finds the hospital surrounded by a group of mysterious hooded figures, and something far more horrific inside the hospital itself.

The Void contains examples of: