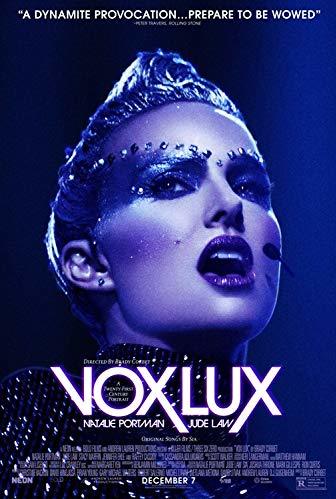 In 1999, teenage Celeste (Raffey Cassidy) survives a brutal school shooting after being shot in the spine. After singing at a memorial service, Celeste transforms into a burgeoning pop star with the help of her songwriter sister (Stacy Martin) and a talent manager (Jude Law). By 2017, adult Celeste (Natalie Portman) starts a comeback after a scandalous incident that derailed her career. Touring in support of her sixth album, a compendium of sci-fi anthems entitled Vox Lux, Celeste must try to bring some harmony to her teenage daughter (also Cassidy) and regenerate her career again.