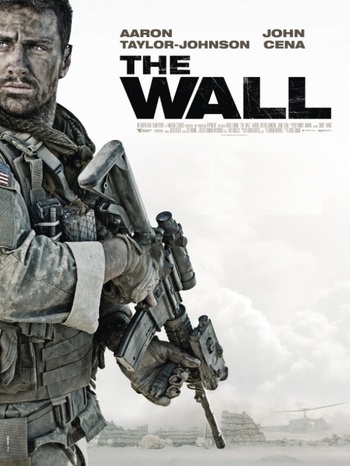 The Wall is a 2017 American war thriller directed by Doug Liman.

Aaron Taylor-Johnson and John Cena play two American soldiers patrolling the deserts of Iraq who find themselves in a deadly game of cat and mouse against a sniper, with only an old and crumbling wall as protection.