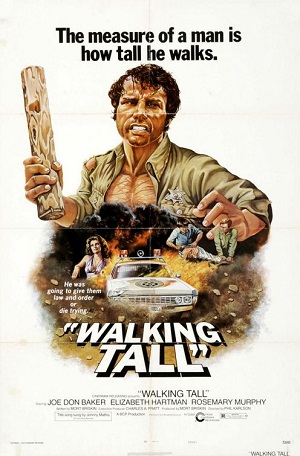 A 1973 pulp action flick starring Joe Don Baker, loosely based on the story of Buford Pusser

, the Sheriff of McNairy County, Tennessee from 1964 to 1970. Later remade into a 2004 movie starring Dwayne Johnson.

The 1973 original provides examples of: