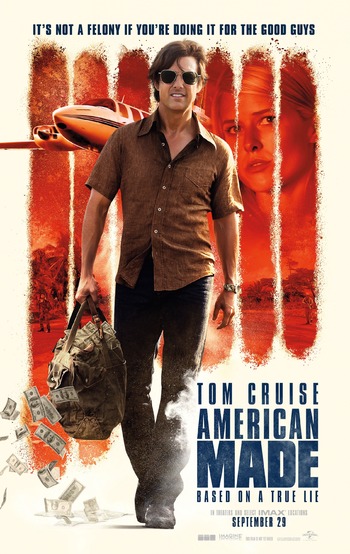 The sky is never the limit.
"And why am I in the room? Because I'm the gringo who always delivers."
— Barry Seal
Advertisement:

A 2017 film directed by Doug Liman based on the life of Barry Seal (played by Tom Cruise), a former TWA pilot who became a drug smuggler for the Medellín Cartel in the 1980s. Seal eventually became an informant for the DEA to avoid jail time.

American Made contains examples of:

"But goddamn, you try telling me that this ain't the greatest country in the-"