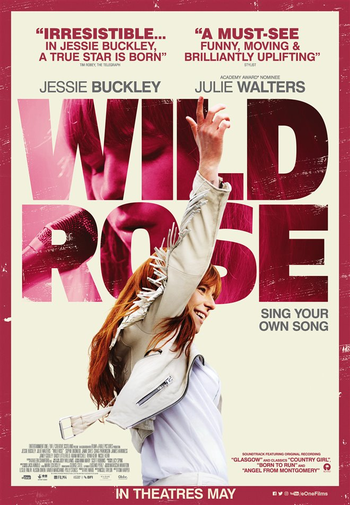 "You're gonna be the next Dolly Parton!
"Who ever heard of a country singer from Glasgow?"

Rose-Lynn (Buckley) is a Glaswegian woman whose dream is to make it as a country musician in Nashville, but her criminal history and two children, currently being cared for by her long-suffering mother Marion (Julie Walters), make this difficult. The wealthy Susannah (Sophie Okonedo) hires Rose-Lynn as a housekeeper and takes an interest in her fiery new employee, eventually offering her support to go to Nashville — but Rose-Lynn struggles to pursue her dream and care for her children at the same time.

The film premiered at the Toronto International Film Festival in 2018, and was released in the UK in April 2019. The soundtrack features covers of several country songs, as well as an original song written by Mary Steenburgen.

Not to be confused with the manga or the 1932 silent film.