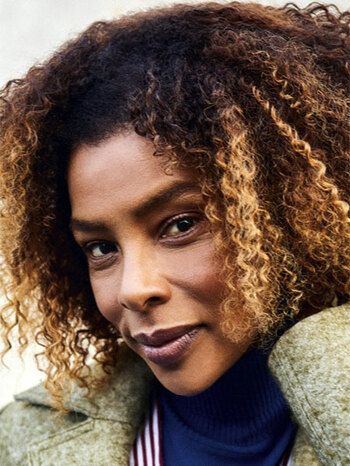 Sophie Okonedo CBE (born 11 August 1968 in London, England) is an English actress of Nigerian and Jewish heritage who began her career training at the Royal Academy of Dramatic Art.

She made her debut in the 1991 film Young Soul Rebels and since then has been acting in movies and TV, as well as on stage. While she is not as well known as other English actresses, she has become a bit better known thanks to her award-winning roles in Hotel Rwanda, The Secret Life of Bees, and Skin 2008. She was in a relationship with Eoin Martin, an Irish film editor, and their daughter Aoife lives with Sophie in London. As of 2010, Sophie Okonedo was honored with an Order of the British Empire. She also won a Tony for her role as Ruth Younger in the 2014 revival of A Raisin in the Sun.