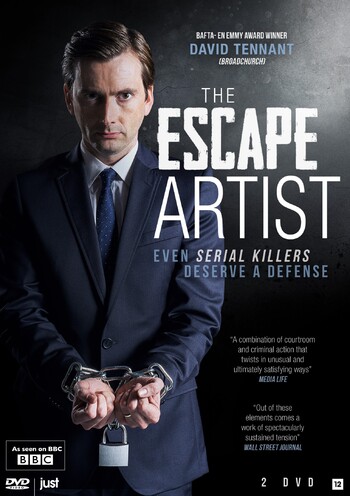 The Escape Artist is a 2013 BBC drama/thriller miniseries that centres around the life of a defence barrister in the Crown Courts, William Burton (David Tennant), who is known for never losing a case, and for being able to get criminals out of "tight legal corners". This comes back to haunt him when he agrees to host the defence case for notorious murder suspect Liam Foyle (Toby Kebbell) and gets him off on a technicality. In the meantime, fellow barrister Maggie Gardner (Sophie Okonedo) has spent most of her career under Burton's shadow. When a horrific turn of events leads her to stand up as Foyle's barrister, she finds herself in danger as well.