Film / Voyage to the Bottom of the Sea 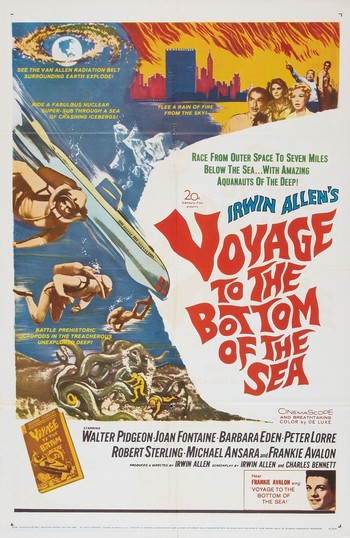 have caught on fire, causing the global temperature to rise day by day, which threatens to end all life in three weeks. Admiral Harriman Nelson (Pidgeon), who has constructed an experimental nuclear submarine called Seaview, sets out on a mission to restore the planet to its normal state.

The film became the basis for a television series later in the decade.

Voyage to the Bottom of the Tropes: