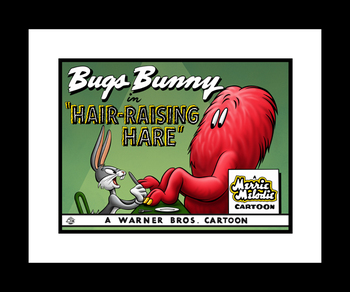 One night as he's preparing for bed, Bugs Bunny has the feeling he's being watched by someone. Sure enough, he's being spied on through a television by a Mad Scientist, who uses a mechanical female rabbit to lure Bugs to his laboratory. Upon arriving, Bugs learns the scientist intends to feed him to the lab's resident hairy orange monster (later known as Gossamer).