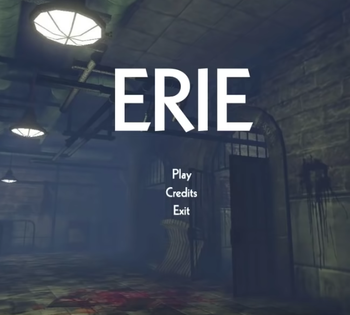 ERIE is a freeware Survival Horror game for PC, developed by UGF on the Unreal engine in 2012. It used to be mainly hosted on the now-defunct Desura, but it can still be downloaded here

It takes place in October of 1966 where a Fermi 1 Nuclear Power Generator lab accident occurs in a nuclear plant under Lake Erie and locals begin vanishing. Investigative reporter Oliver Victor is called to the scene to investigate these strange disappearances but quickly realizes he's trapped himself in an abandoned underground facility hunted down by the complex's hostile mutations.