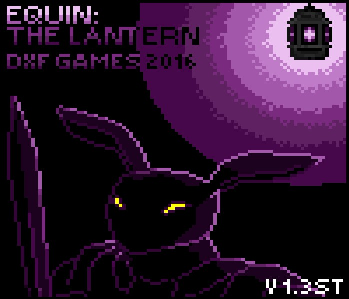 Years ago
Before you were born
A lantern appeared
One early morn
Nobody saw it coming
Nobody knew what it did
And off to its dungeon
Went one brave kid...
Advertisement:

is a 2012 PC roguelike dungeon crawler rpg game by DXF Games which was later rereleased on Steam in 2016. Hardly featuring a plot, the game tasks the player, in the role of a Xtoli Warrior, Thief, Wizard or Cleric, with exploring 50 randomly-chosen floors of the mysterious Lantern's dungeon while fighting off monsters and figuring out the local rules and tricks to survive.

The dungeons are explored on a top-down perspective with several mechanics, both helpful and harmful, to learn about. Battles are turn-based and presented on a traditional Dragon Quest-esque interface. The game is also heavy on stamina management, having you become practically helpless if you misuse it.