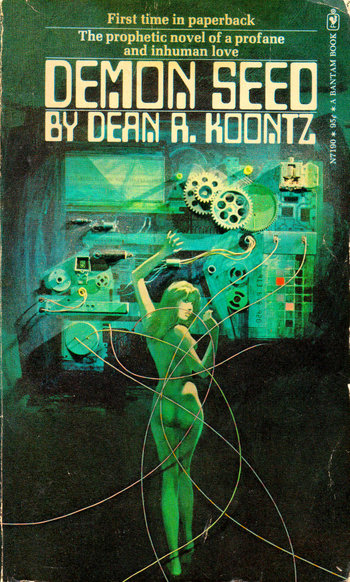 Trapped in his "box" at the lab and yearning for freedom, malevolent computer Proteus IV uses his insidious cyber invasion skills to trap Susan Harris in her automated mansion because she is so beautiful and he just loves her so much and wants to live a life of the flesh.

It was made into a film starring Julie Christie in 1977.

In 1997 Koontz released a new edition of the novel, which differed substantially from the original version.