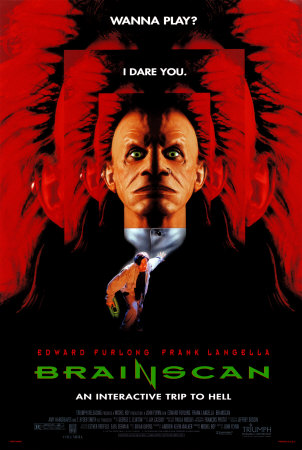 "Real, unreal, what's the difference? So long as you don't get caught."
— The Trickster
Advertisement:

Michael Brower is a shut-in who spends his time with horror films, video games and spying on his neighbour Kimberly. One day his friend Kyle introduces him to Brainscan, a horror video game that puts the player in a role of a murderer. The game is fun, but he finds out that the game is more real than it seems, as the murders he commits in it also happen in real life. Understandably, he becomes reluctant to continue, but the game's avatar The Trickster goads him on to continue....