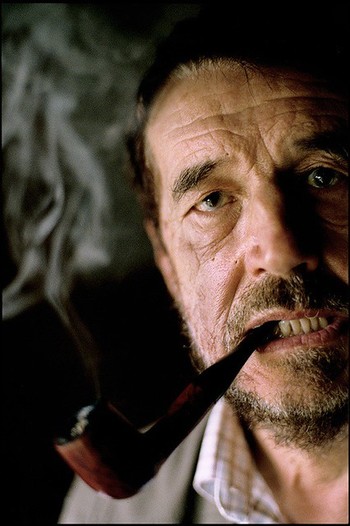 Guy N. Smith (1939-2020) was a British novelist who churned out a vast library of work, earning him the nickname "The Great Scribbler". He was best known, however, for his unashamedly pulpy horror paperbacks, which frequently feature extremely lewd softcore sex scenes and graphic depictions of gore. His most famous series of novels is the "Crabs" series, starting with Night of the Crabs, which details humanity's seemingly neverending battle against what Smith seemed to consider their mortal enemy - the Giant Enemy Crab!

As indicated by the page image, he was also a very enthusiastic pipe-smoker.

Works by Guy N. Smith with their own pages: