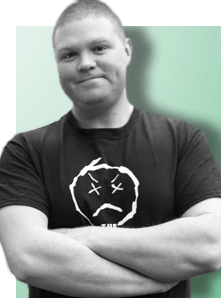 Born in Norwich England, Smith's first published book, The Inventors was a collaborative effort by himself and his then eleven year old brother Jamie to run in competition for Wow Factor, a national writing competition run by book publishers Faber and Faber, and Waterstones. Even though it had lost to Sarah Wray's The Forbidden Room, the brothers' manuscript was picked up by Faber and published in 2007. The sequel The Inventors and the City of Stolen Souls was then published in 2008.

In his workshops and writing guides, he believes highly in the idea of writing horror from one's own fears and that horror is a good genre for teenagers and children to read and write more of. Many of his own novels work from these ideas, notably his Furnace series coming from inspiration of a rough patch Gordon went through in his teenage years, and the claustrophobia he had felt when doing research exploring the ideas of the cells.

His works features the following tropes: