Literature / Spawn of the Slime Beast 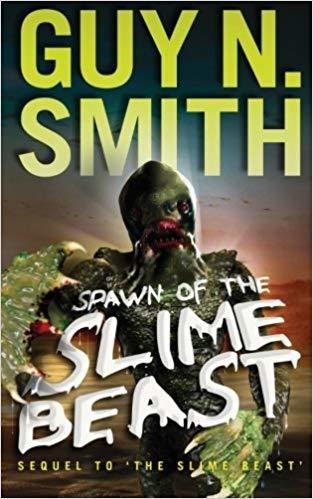 "Gimme a hug!"
Spawn of the Slime Beast is a 2015 horror novel written by Guy N. Smith, a sequel to his (much) earlier novel The Slime Beast. Forty years after the events of the first book, Gavin Royle and Liz Beck have gotten married and had a daughter, Amy. Along with Amy's photographer boyfriend Tim Tranter, the Royles return to Sutton to confront their age-old fears which have been plaguing them for forty years... only to discover evidence that a second Slime Beast has surfaced. It's up Gavin and local guide Brian Bromley, himself a survivor of the original monster's rampage, to stop the second monster.