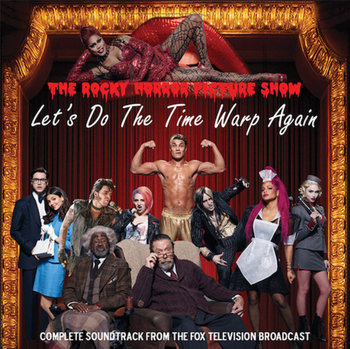 This new take on the 1975 cult film (which director Kenny Ortega considers as a tribute to the original rather than a standard remake) features Orange Is the New Black star Laverne Cox as Dr. Frank-N-Furter, Victoria Justice as Janet, Broadway alumnus Ben Vereen as Dr. Scott, Adam Lambert as Eddie, and Tim Curry (the original Frank-N-Furter) as the Criminologist.

This version stays very true to the original, even including elements from the stage musical (such as the Usherette), but features a new concept in which the entire movie is shown at a cinema to an In-Universe audience (full of Rocky Horror fans), who would occasionally yell out a few of the film's iconic callbacks.