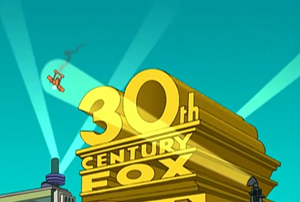 Fox shoots down yet another promising pilot.
Advertisement:

Formerly known as 20th Century Fox prior to being aquired by Disney, this studio isn't a stranger to playing around with their logo; some films change the color of the the iconic structure or put it in another location, while some use a custom variant of the studio's trademark fanfare!

The logo for The Simpsons Movie.
Films - Live Action 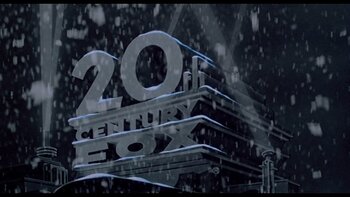 The logo for Edward Scissorhands.
Advertisement:
Searchlight Pictures
A division of 20th Century, founded in 1994 and distributes art films.
Television 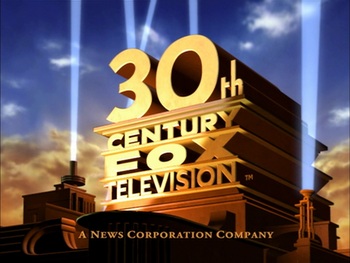 The 30th Century Fox logo for Futurama
Other