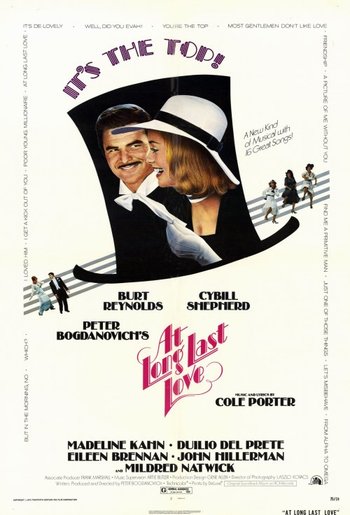 "Everybody hated Bogdanovich's homage, a trivial story slotted round some Cole Porter songs... It may be a movie we'll come back to later and find we all like it."
— W. Stephen Gilbert, Time Out

At Long Last Love is a 1975 musical directed by Peter Bogdanovich and starring Burt Reynolds, Cybill Shepherd, and Madeline Kahn. It features Cole Porter songs and was realized without lip-synching in an attempt to recreate the atmosphere of classic musicals like Top Hat, a choice that made the production particularly difficult and long beyond expectations. It was an enormous box-office bomb and gained scathing reviews, yet some have re-evaluated it, at least as an example of So Bad, It's Good.