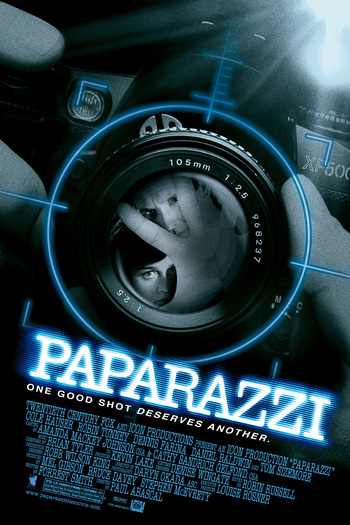 Paparazzi is a 2004 action thriller produced by Mel Gibson and directed by Paul Abascal.

Bo (Cole Hauser), a new movie star in Hollywood, is hounded by persistent paparazzi photographers who repeatedly intrude on his private life. After his family is hurt in a car accident caused by the paparazzi, who proceed to milk his misery for their own gain, he sets out to get revenge.