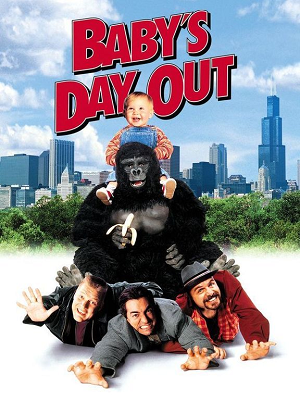 In this movie written by John Hughes, Bink, the infant son of a wealthy family, is kidnapped by a Terrible Trio of crooks who pose as photographers, but they're too stupid to handle one little baby, who escapes and has an adventure throughout the big city while the crooks get their butts kicked trying to get him back, and his parents worry about him as they search for him.