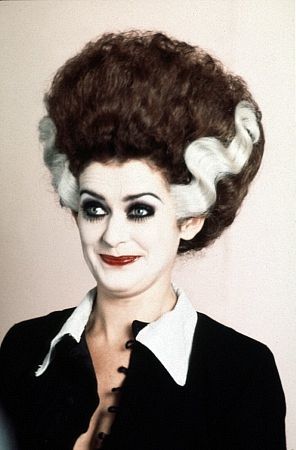 Be careful or she just might turn you to stone.
Advertisement:

Patricia Quinn (born 28 May 1944 in Belfast, Northern Ireland) is a Northern Irish actress best known for her role as Magenta in The Rocky Horror Picture Show. Her lips appeared in the opening sequence singing "Science Fiction Double Feature" (though the singing voice is Richard O'Brien's). She also acted in Shock Treatment, the followup to Rocky Horror. Other roles include Livilla in I, Claudius and Belazs in an episode of Doctor Who.

She is the widow of Sir Robert Stephens, making her Lady Stephens.