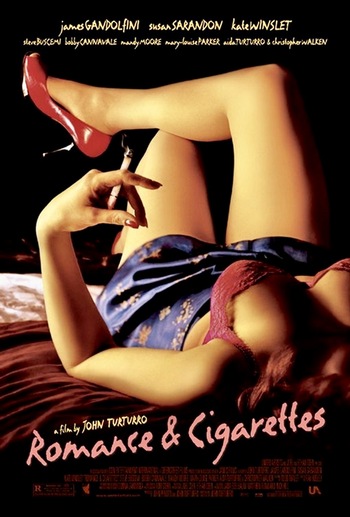 Romance & Cigarettes is a 2005 American musical comedy film, written and directed by John Turturro and featuring an All-Star Cast.

It stars James Gandolfini and Susan Sarandon as Nick and Kitty Murder, a working-class New York couple living with their adult daughters Baby (Mandy Moore), Constance (Mary-Louise Parker), and Rosebud (Aida Turturro). Nick is discovered to be having an affair with Tula (Kate Winslet), turning his family against him and forcing them — and everyone else in their neighborhood, including Nick's coworker Angelo (Steve Buscemi) and Kitty's cousin Bo (Christopher Walken) — to confront their issues with sex, love, marriage, and family. Generally in song form.