Film / The Grapes of Death 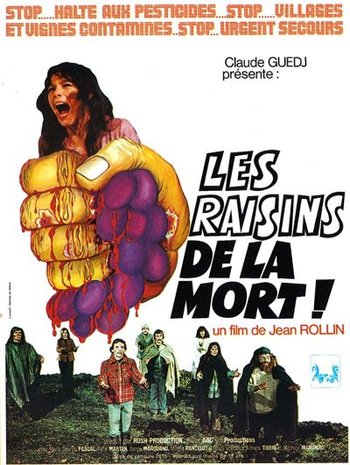 The Grapes of Death (French: Les Raisins de la Mort) is a 1978 French horror film directed by Jean Rollin and starring Marie-Georges Pascal. The plot centers around a young woman named Élizabeth (Pascal) who becomes trapped in a village where a dangerous pesticide has turned the residents into aggressive zombie-like creatures.

The Tropes of Death: