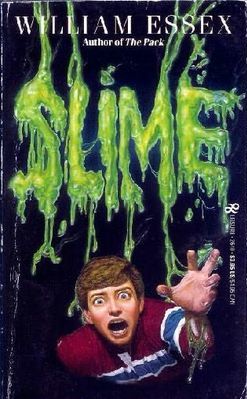 Slime is an eco-horror novel written by William Essex ("Author of The Pack," trumpets the cover). Toxic dumpings of rejected PCB near the small town of Helby, Iowa result in the creation of a living lake of ravenous toxic waste that consumes everything in its path, beginning with animals in the forest and then moving on to livestock and people. Only bank loan officer Tim Walker, together with the local cops, can stop the oozing green menace.

Not to be confused with the short story of the same name by Joseph Payne Brennan.