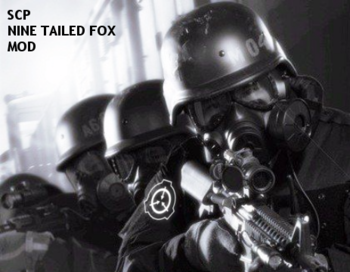 The Nine Tailed Fox Mod is a popular Game Mod of SCP – Containment Breach, based off of the SCP Foundation mythos.

Rather than playing as a defenseless survival horror protagonist making your way through hell on earth, you control the Clean Up Crew for the hell on earth - MTF unit Nine-Tailed Fox. Armed with a P90, you and two of your fellow elite soldiers march into a containment facility to gun down the escaped Class-D's and recontain the escaped SCPs.