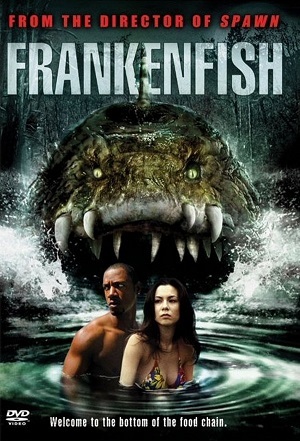 Frankenfish is a 2004 horror film by Mark A.Z. Dippé, the director of Spawn and starring Tory Kittles, Mark Boone Jr., and Muse Watson.

In the film, when the body of a man is found decayed in the swamps in Louisiana, medical investigator Sam Rivers is assigned to investigate the murder. He travels with the biologist Mary Callahan to the location where the victim lived in a floating house, and he meets the victim's family and friends. Sam and Mary find that Chinese snakeheads, genetically engineered and belonging to a wealthy hunter, are attacking and killing the locals. While the group fights to survive, the hunter Jeff arrives with his team to hunt the predators.