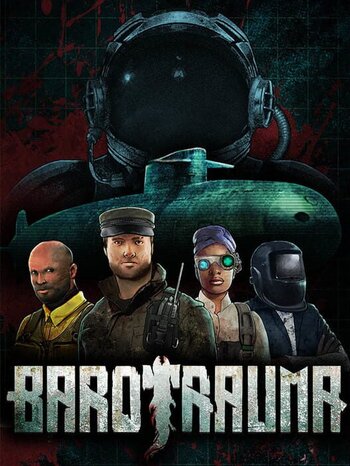 Embrace the Abyss.
Barotrauma is a 2D submarine crew survival simulator developed by FakeFish Games and Undertow Games, and published by Daedalic Entertainment. The game released on Steam early access in June 5, 2019.
Advertisement:

Players, as a submarine crew, brave the depths of Jupiter's 6th moon, Europa. The game, inspired by Space Station 13, centers around crisis and resource management, where players must contend with hull leaks, deteriorating equipment, dwindling welding fuel and ammunition for their small arms and submarine guns, and as is often the case, losing crew members to the Europan fauna that inevitably attack the sub. Or clowns who sabotage their efforts.