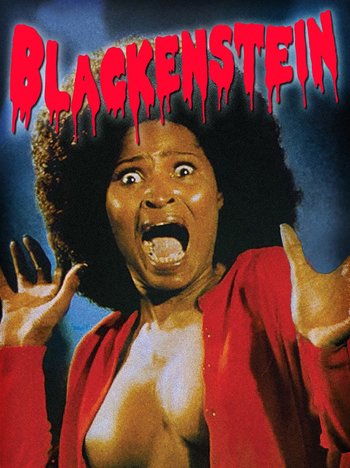 Blackenstein, also known as Black Frankenstein, is a 1973 American Blaxploitation horror film directed by William A. Levey and starring John Hart, Ivory Stone, Andrea King, Roosevelt Jackson, Joe De Sue, Nick Bolin, and Liz Renay. It was made in an attempt to cash in on the success of Blacula; released the previous year by American International Pictures.

Eddie is a Vietnam veteran who loses his arms and legs when he steps on a land mine, but a brilliant surgeon is able to attach new limbs. Unfortunately an insanely jealous assistant (who has fallen in love with Eddie's fiancee) switches Eddie's DNA injections, transforming him into a gigantic killer.