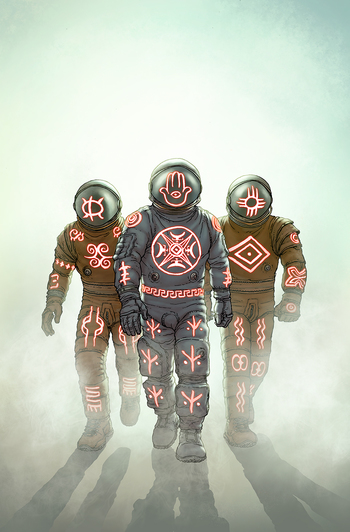 WHAT IS HUMAN?
"Honestly, there are some things you wish you'd never lived long enough to see. December, man. That was a pure cunt of a month."
— Nameless
Advertisement:

Nameless is a 2015 comic book written by Grant Morrison and illustrated by Chris Burnham, and published under Image Comics. The Cosmic Horror Story follows "Nameless," an occult hustler who is recruited by a group of billionaire futurists to save the world, as a massive asteroid named Xibalba is on a collision course with planet Earth.