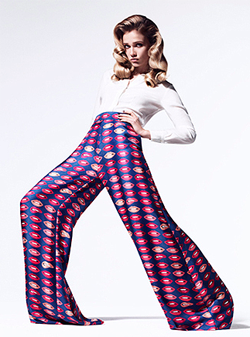 Florrie (born Florence Ellen Arnold, 28 December 1988) is a British musician and model. She first emerged in the music industry as the house drummer of Xenomania, a collective best known for their work with Girls Aloud, the Sugababes, and Kylie Minogue. After a few years as a background player for them, the Introduction EP was released for free on her website in 2010, and the Experiments and Late EP's followed in the coming years. All three were self-released by Florrie herself, which was a conscious effort on her part; right before the release of Late in 2012, she announced her intention to finally sign with a label. Her first, full-length studio album is expected sometime in 2013.