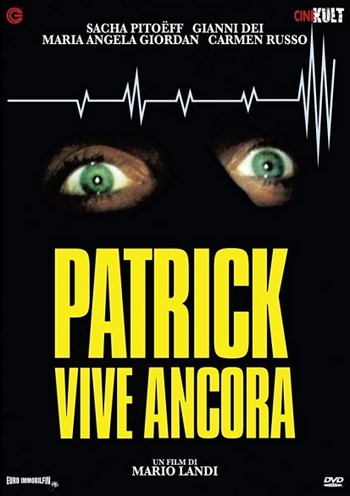 Patrick Still Lives (Italian: Patrick vive ancora) is a 1980 Italian horror film directed by Mario Landi (Giallo in Venice) and starring Sacha Pitoëff, Gianni Dei, Mariangela Giordano, Carmen Russo, Paolo Giusti, and Franco Silva. The film is an unauthorized, In Name Only sequel to the 1978 Australian film Patrick, and follows the events surrounding a young man named Patrick Herschel (Dei) who is sent into a coma following a roadside accident and subsequently develops Psychic Powers, which he uses to commit a series of brutal murders.