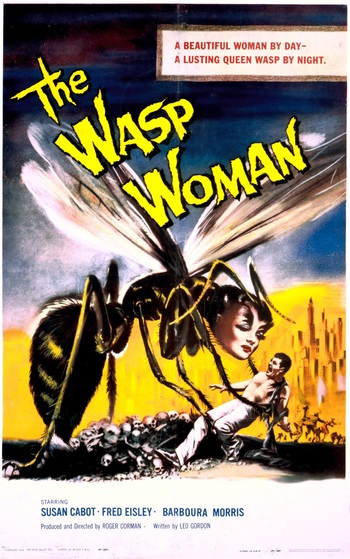 Janice Starlin (Cabot), the founder and owner of a large cosmetics company, is disturbed when her firm's sales begin to drop, which the board of executives blames on the fact becoming apparent to her customer base that she is aging. She is approached by Dr. Zinthrop, who was fired from his job at a honey farm for experimenting with wasps: Zinthrop has been able to extract enzymes from the royal jelly of the queen wasp that can reverse the aging process. Janice agrees to fund further research, at great cost, provided she can serve as his human subject. But Zinthrop becomes aware that the experiment has some terrible side effects, and is too late to warn Janice...

A remake of the film was made in 1995, starring Jennifer Rubin.