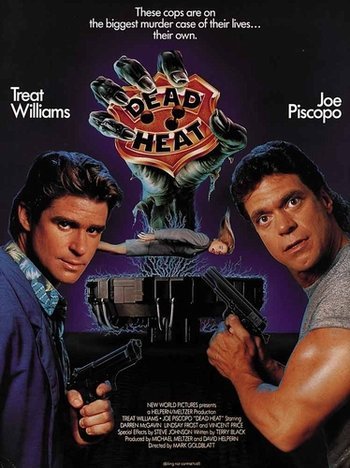 After a violent bank robbery showdown, detectives Roger Mortis (Williams) and Doug Bigelow (Piscopo) discover at the morgue that the criminals corpses had previously been brought in on a separate shooting occasion. When they discover a chemical substance in both bodies, they investigate a corporation which produces the material. As they investigate, Doug finds a hidden room with a strange device, and a zombie comes out and fights both of them. The incident ends up getting Roger killed, but Doug is interested in the strange machine he saw and uses it on Roger.

Roger is successfully brought back to life, but they discover some bad news; He will only live for less than a day before his body falls apart. As they investigate the secret behind this machine, the undead Roger is able to withstand bullets, submerge in water without breathing, and take heavy amounts of damage, all while hoping to solve the case before it's too late.