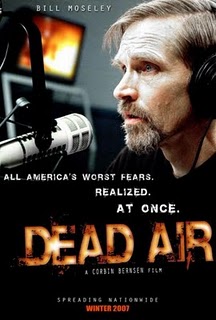 After violent riots suddenly break out in downtown Los Angeles, radio talk show host Logan Burnhardt and his crew become stranded, barricaded alone in their broadcast room and unable to leave for fear of being swept up in the chaos. As rumors begin to filter in about a bombing in a nearby arena and mass hysteria sweeping over the city, Logan decides that it is his responsibility to report what is happening to his listeners, both to keep them aware and to hopefully help save lives. But as the night progresses, the phone calls become stranger and stranger... his listeners report sightings of vicious, bestial mobs of people attacking armed police officers, civilians, and even young children. What's worse is that the attackers seem to have a craving for human flesh, and that their victims soon rise to join in the frenzy.

News stations from around the country begin to report similar bombings and riots in major cities across the United States. Struggling to keep his composure in the face of this madness, Logan grows increasingly terrified at his inability to contact his wife and daughter. They are far from the last of his worries, however, as he and his crew will soon discover that they are not alone in their building after all...

Dead Air is a horror film directed by Corbin Bernsen (Psych) and written by Kenny Yakkel. It was released on DVD in 2009. The film stars Bill Moseley (Rob Zombie's Halloween (2007)), and Patricia Tallman (Babylon 5).