Film / Guns of the Apocalypse 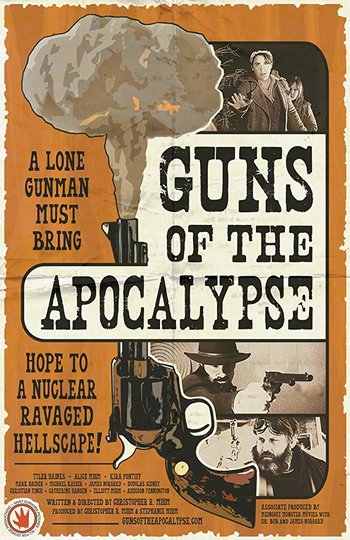 Set sometime after the events of The Late Night Double Feature, an unnamed man returns to Earth from the colony on Alpha Centauri to find an Earth devastated by nuclear war. Forced into a world of danger and bloodshed after he saves a scientist and a gifted child from a horde of radiation-scarred mutants. Though he would prefer to stay hidden until he can escape to a new life, something about the child — and the murderous "Death Dealers" hunting her — makes him realize he has no choice but to protect her or risk being responsible for the potential extinction of the human race.