Film / Demon with the Atomic Brain 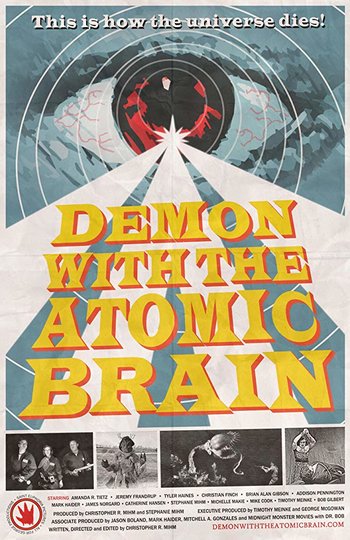 An attempt to weaponize a machine capable of opening portals to other worlds fails, and instead creates an exponentially expanding "bubble" of fractured space-time. A team of specialists must enter the disturbance and make their way down a rabbit hole of increasingly dangerous alternate realities in the hopes of finding and shutting down the machine which created it. However, someone — or something — seems determined to stop them before the "bubble" engulfs the entire universe itself.