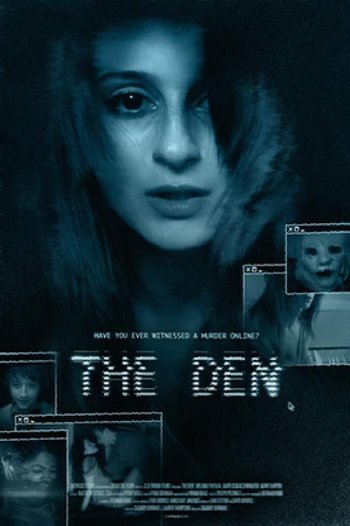 The Den is a 2014 horror movie about Elizabeth Benton, a university student who is writing her graduate thesis on the habits of online video-chatters. After logging onto a site known as ''The Den'', Elizabeth witnesses a murder. She quickly becomes obsessed with uncovering the truth behind what she saw, only to find the killers coming after her and her loved ones.