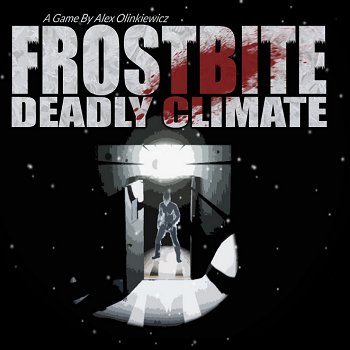 Frostbite: Deadly Climate is a freeware first-person Survival Horror game that takes heavy inspiration from John Carpenter's The Thing (1982). It was developed by Alex Olinkiewicz and was released for PC on November 19th, 2017.
Advertisement:

In it, you play as Robert, an Arctic Researcher who ends up lost in a snowstorm. But there is good news and bad news... and even worse news to his predicament.

And the worse news is that there's something else lurking in and around Base 75.

. It is also available as a free download on Steam.